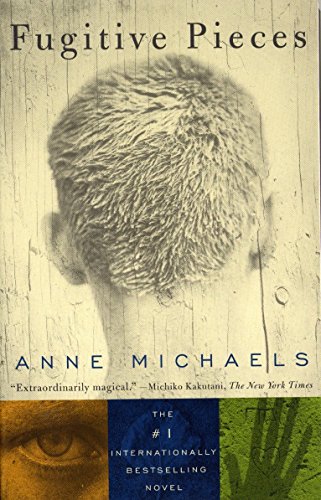 Anne Michaels's fiercely beautiful debut novel tells the interlocking stories of three men of different generations whose lives are transformed by the events and shifting effects of the same war. At its center is poet Jakob Beer: traumatically orphaned as a young boy during the Second World war, rescued from the mud of a buried Polish city and secreted to a Greek island by Athos Roussos, scientist, scholar, and, above all, humanist. After the war, in Toronto, where Athos has accepted a teaching post at the University, Jakob is faced with the tangible, insistent nature of the recent past: his own surfacing in all its darkness and profundity, the question of his beloved sister's fate its harrowing focus. Yet this is also the time when he meets the woman who will become his first wife, and begins his life-long work as a translator and poet. And in this layered process of reentering life, Jakob learns the power of language - to destroy, to omit, and to obliterate; but also to witness and tell, conjure and restore. And it is in Toronto as well that, late in his life, Jakob will cross paths with Ben: a young professor, expert in the dramas of weather and biography but naive in the drama of his own life. The quiet elation Ben senses in the older man, and Ben's own connection to the wounding legacies of the war, kindle a fascination with Jakob and his writing, upsetting and then opening that part of himself long since shut down against his knowledge of the past.

"Lovely...musical and magical.... Put this book alongside The English Patient." --Chicago Tribune "Word by blessed word, it is a gorgeously written book: aflame with the subzero cold of history and the passions of emotional comprehension." --Boston Globe "Fugitive Pieces deserves to become a classic." --San Francisco Chronicle From the Publisher: