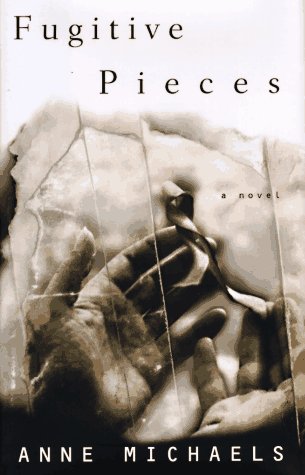 This first novel from an award-winning poet -- a #1 best-seller in Canada -- is certain to propel her into the front ranks of our very best practitioners of contemporary fiction.

It is a story of World War II as remembered and imagined by one of its survivors: a poet named Jakob Beer, traumatically orphaned as a young child and smuggled out of Poland, first to a Greek island (where he will return as an adult), and later to Toronto.  It is the story of how, over his lifetime, Jakob learns the power of language -- to destroy, to omit, to obliterate, but also to restore and to conjure, witness and tell -- as he comes to understand and experience what was lost to him and of what is possible for him to regain.

Profoundly moving, brilliantly written -- as sensual and lyric as it is emotionally resonant -- Fugitive Pieces delves into the most difficult workings of the human heart and mind: the grief and healing of remembrance.  It is a first novel of astonishing achievement.