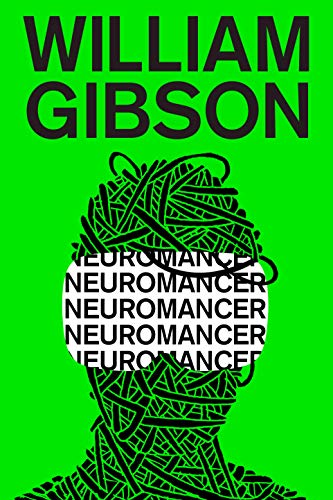 Winner of the Hugo, Nebula, and Philip K. Dick Awards, Neuromancer is a science fiction masterpiece--a classic that ranks as one of the twentieth century's most potent visions of the future.

Case was the sharpest data-thief in the matrix--until he crossed the wrong people and they crippled his nervous system, banishing him from cyberspace. Now a mysterious new employer has recruited him for a last-chance run at an unthinkably powerful artificial intelligence. With a dead man riding shotgun and Molly, a mirror-eyed street-samurai, to watch his back, Case is ready for the adventure that upped the ante on an entire genre of fiction. Neuromancer was the first fully-realized glimpse of humankind's digital future--a shocking vision that has challenged our assumptions about technology and ourselves, reinvented the way we speak and think, and forever altered the landscape of our imaginations.

Case was the best interface cowboy who ever ran in Earth's computer matrix. Then he double- crossed the wrong people.... Winner of the Hugo, Nebula and Philip K. Dick Awards.

"Epic in scale...shimmers like chrome in a desert sun."--The Wall Street Journal

"In with the ruthless violence, the hyperreality, the betrayal and death, is an unquenchable love of language. Gibson has that in common with Le Guin and with J. G. Ballard. Neuromancer sings to us as a collage of voices, a mixed chorus, some trustworthy and others malicious, some piped through masks."--James Gleick "Streetwise SF... one of the most unusual and involving narratives to be read in many an artificially induced blue moon."--London Times "Unforgettable...the richness of Gibson's world is incredible."--Chicago Sun-Times