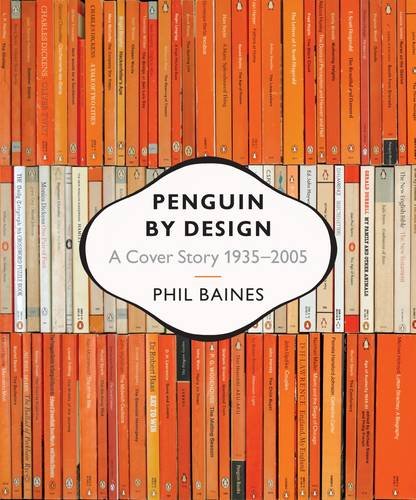 Ever since the creation of the first Penguin paperbacks in 1935, their jackets have become a constantly evolving part of Britain's culture and design history. Rich with stunning illustrations and filled with detail of individual titles, designers and even the changing size and shape of the Penguin logo itself, this book shows how covers become design classics.

By looking back at seventy years of Penguin paperbacks, Phil Baines charts the development of British publishing, book cover design and the role of artists and designers in creating and defining the Penguin look. Coupling indepth analysis of designers - from Jan Tschichold to Romek Marber - with a wide-ranging look at the range of series and titles published - from early Penguins and Pelicans, to wartime Specials, fiction and reference, this is a distinctive picture of how Penguin has consistently established its identity through its covers, influenced by - and influencing - the wider development of graphic design and the changing fashions in typography, photography, illustration or printing techniques.

Filled with inspiring images, Penguin by Design demonstrates just how difficult it is not to judge a book by its cover.

Phil Baines was born in Kendal, Westmorland in 1958. He graduated from St Martin's School of Art in 1985 and the Royal College of Art in 1987, and has been a Senior Lecturer at Central Saint Martin's College of Art & Design since 1991. He is author and designer of Type & typography, (with Andrew Haslam, 2002); and Signs, lettering in the environment, (with Catherine Dixon, 2003), both published by Laurence King.

He is also a freelance graphic designer for clients including the Crafts Council, Goethe-Institut London, Matt's Gallery and Monotype Typography. His work often includes the use of his own typefaces, three of which have been released for general use: CanYou? (1991) and Ushaw (1994) by Neville Brody's Fuse, and Vere Dignum by Linotype in 2003.