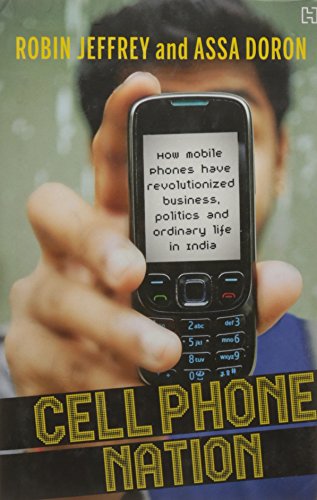 Cell Phone Nation: How Mobile Phones Have Revolutionized Business, Politics and Ordinary Life In India conveys to readers how mobile phones have permeated every strata and sphere of society and is both a blessing and a curse. It gives an account of how this device rose to become a necessary means of communication in current times. It is not just for city consumers but has made its way to remote villages enhancing communication everywhere in the country.

This book analyzes the level of impact that cell phones have on the lives of people. Mobile phones are not just used to make calls but also act as music players, personal planners, albums for photos and videos, gaming, internet connectivity and much more. Cell Phone Nation: How Mobile Phones Have Revolutionized Business, Politics and Ordinary Life In India also contains a list of abbreviations used in the book and important terms related to mobile communication.

It goes on to state how businesses and political parties use the humble cell phone to garner publicity and increase awareness amongst people. Religious and inspirational messages also make the rounds of cell phones each day. While there is a definite plus side to the boom of mobile phone usage, it also has a flipside. Criminals have found a new tool in helping them organize anti-social activities. The book showcases how cell phones in the wrong hands can lead to larger criminal issues. This hardcover was released by Hachette India in 2013.