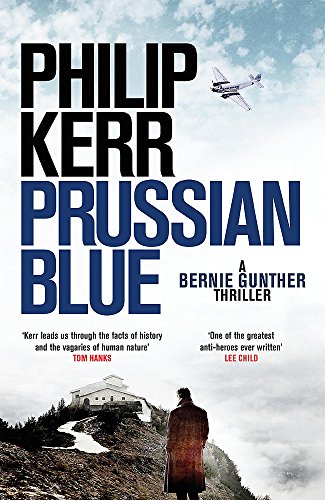 It's 1956 and Bernie Gunther is on the run. Ordered by Erich Mielke, deputy head of the East German Stasi, to murder Bernie's former lover by thallium poisoning, he finds his conscience is stronger than his desire not to be murdered in turn. Now he must stay one step ahead of Mielke's retribution. The man Mielke has sent to hunt him is an ex-Kripo colleague, and as Bernie pushes towards Germany he recalls their last case together. In 1939, summoned by Reinhard Heydrich to the Berghof: Hitler's mountain home in Obersalzberg. A low-level German bureaucrat had been murdered, and the Reichstag deputy Martin Bormann, in charge of overseeing renovations to the Berghof, wanted the case solved quickly. If the Fuhrer were ever to find out that his own house had been the scene of a recent murder - the consequences wouldn't bear thinking about. And so begins perhaps the strangest of Bernie Gunther's adventures, for although several countries and seventeen years separate the murder at the Berghof from his current predicament, Bernie will find there is some unfinished business awaiting him in Germany.

In Prussian Blue, Philip Kerr once more shows himself one of the greatest master story-tellers in English. The narrative is swift and adept, and so well-grounded in the history and custom of the period that the reader is totally immersed (Alan Furst)

Bernie Gunther is as insubordinate, combative, interesting and entertaining as ever . . . yet another Kerr triumph (Sunday Times)

Book Description Quercus Publishing, 2017. Condition: Good. Ships from the UK. Former Library book. Shows some signs of wear, and may have some markings on the inside. Seller Inventory # GRP97866983

Book Description Paperback. Condition: Very Good. The book has been read, but is in excellent condition. Pages are intact and not marred by notes or highlighting. The spine remains undamaged. Seller Inventory # GOR008380853

Book Description Paperback. Condition: Fair. A readable copy of the book which may include some defects such as highlighting and notes. Cover and pages may be creased and show discolouration. Seller Inventory # GOR010356660

Book Description Paperback. Condition: Good. The book has been read but remains in clean condition. All pages are intact and the cover is intact. Some minor wear to the spine. Seller Inventory # GOR008997124