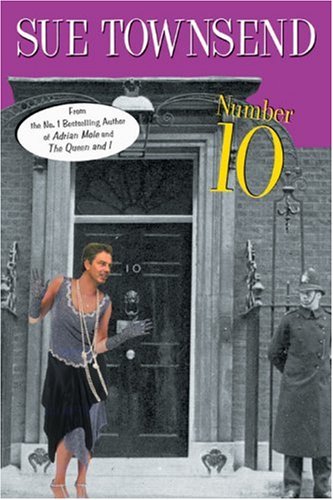 “It’s a good thing British subjects are no longer beheaded for treason, or Sue Townsend’s head would roll . . . outrageously cutting.”—Newsday

Edward Clare, PM of England, doesn’t know the price of a liter of milk. Worse, he’s admitted it on national television. The public that ushered him to a landslide election has turned against him.

Edward decides the only way to get closer to the men and women on the street is to travel the country dressed in drag. Leaving his high-powered, ambitious wife to attend to things in his absence, he sets out.

In this comic romp Sue Townsend sends up, roasts, hoists and generally petards the once and future prime ministers as only she can.

Sue Townsend is celebrated as the author of the bestselling

series, read by millions, as well as the #1 British bestseller, The Queen and I. She lives in Leicester, England.

Sue Townsend is celebrated as the author of the bestselling Adrian Mole series of books, read by millions around the world, as well as the #1 bestseller, The Queen and I. She is also a print and television journalist. She lives in Leicester, England.