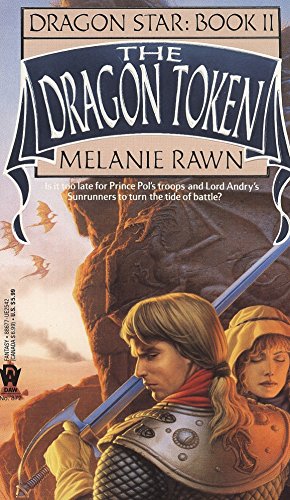 In the sequel to Stronghold, as Rohan's son and heir, Pol, rallies his forces in a desperate bid to halt the advance of the invaders, ancient rivalries weaken his alliance. Reprint.

Melanie Rawn, the author of DAW’s bestselling Dragon Prince trilogy—Dragon Prince, The Star Scroll, and Sunrunner’s Fire—is a second-generation Californian who, after graduating from Scripps College with a B.A. in history, worked as a teacher and editor while writing her first two novels. She lives in a small town outside Los Angeles and keeps cacti as pets. She can be found at melanierawn.com.

Book Description Penguin Putnam Inc, United States, 1998. Paperback. Condition: New. Language: English. Brand new Book. With her bestselling fantasy trilogy, "Dragon Prince," Melanie Rawn introduced us to Sunrunner s magic and sorcerous evil, to a ruler striving to bring peace to warring kingdoms and to her magnificent dragons. In "Stronghold," the first novel in Melanie s "Dragon Star" trilogy, the peace won by High Prince Rohan is shattered when a mysterious invasion force begins a devastating campaign against the people of the Desert. Now, in "The Dragon Token," the time for retreat has come to an end as Rohan s son and heir, Pol, rallies his forces in a desperate bid to halt the advance of the invaders. But ancient rivalries begin to weaken his alliance and only time will tell whether those loyal to the High Prince can defeat both the foreign invaders and the betrayers in their own ranks. And even as Pol leads his troops forth, Andry, the Sunrunner Lord of Goddess Keep, is also determined to take the attack to this enemy force which has sworn to slay all workers of magic. Yet the invaders have their own agenda of conquest, and they are even now readying to strike at the very heart of the Desert, stealing treasures which Pol and Andry would pay any price to reclaim even if the price should prove to be their own lives .". Seller Inventory # BTE9780886775421

8. THE DRAGON TOKEN (DRAGON STAR, B

9. THE DRAGON TOKEN (DRAGON STAR, B