Items related to Difference and Repetition 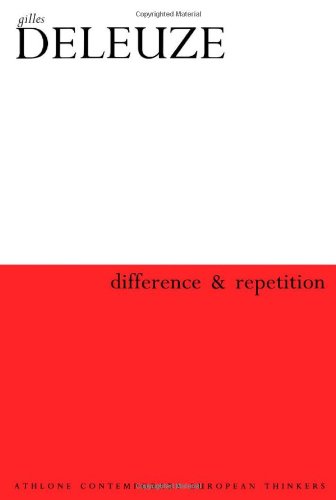 This is a classic contemporary philosophy and a key work in the oeuvre of Gilles Deleuze. It is a brilliant exposition of the critique of identity, and indentity that limits human activity and thought, and it develops two key concepts; pure difference and complex repitition.