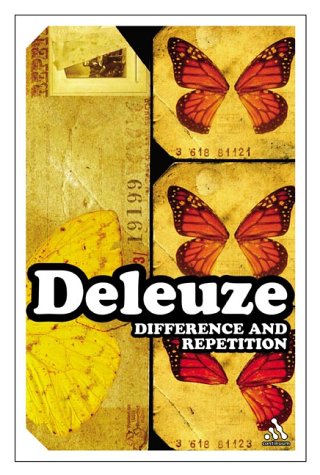 This is a classic contemporary philosophy and a key work in the oeuvre of Gilles Deleuze. It is a brilliant exposition of the critique of identity, and indentity that limits human activity and thought, and it develops two key concepts; pure difference and complex repitition.

Book Description Paperback. Condition: Very Good. The book has been read, but is in excellent condition. Pages are intact and not marred by notes or highlighting. The spine remains undamaged. Seller Inventory # GOR002068700