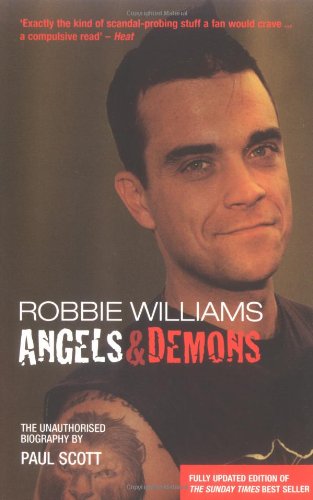 A biography of Robbie Williams that sets out to tell the definitive story of his phenomenal journey to the top. Covering his childhood in Stoke-on-Trent, his boy band years with Take That, his battle with drink, drugs and his sexuality, his often-troubled love life and how he continues to be tormented by the demons that have shaped and driven him, to his current position as the undisputed King of Pop with a record-breaking [pound]80 million deal with EMI, the biggest ever in British recording history. Based on exclusive interviews with those closest to Robbie and with previously unpublished photos from the family archive, this is a must-have book for all Robbie fans worldwide.

Paul Scott (37) was born in Liverpool and brought up in Cheshire. Paul joined Cheshire County Newspapers as a trainee journalist and later moved to London to join National News Agency as a news reporter. At the age of 21 he joined the Sunday Mirror as a news reporter and two years later became showbusiness reporter, later becoming Showbusiness Editor (after a brief stint at News International). In 1994 he left to go freelance and rejoined a year later as Assistant Editor. In 1996 he returned to the company he set up with his wife and fellow journalist Alison Bowyer. They specialise in supplying mainly showbiz material to the national press. They live in Buckinghamshire.