Items related to Chaplin: His Life And Art

Chaplin: His Life And Art 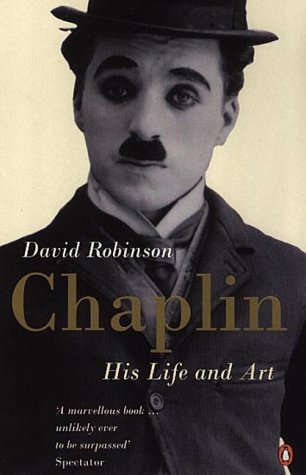 The definitive and monumental biography of Chaplin, first published in 1985, and now in its second edition. Plagued by loneliness and driven by the search for artistic perfection, Chaplin's life was an extraordinarily dramatic one. Robinson exploresthe tragic story of Chaplin's alchoholic father; his mentally distubed mother; his marriages to very young women; the 'white slavery' case against him; and his persecution by anti-Communist forces during the McCarthy era which ultimately forced Chaplin to leave America.

The greatest icon in the history of cinema, Charlie Chaplin lived one of the most dramatic rags to riches stories ever told. His life was marked by extraordinary contrasts: the child of London slums who became a multimillionaire; the on-screen clown who was a driven perfectionist behind the cameras; the adulated star who publicly fell from grace after personal and political scandal. This engrossing and definitive work, the only biography written with full access to Chaplin's archives, tells the whole story of a brilliant, complex man. Now fully updated with added pictures and an extended filmography, it includes revelatory new material on Chaplin's marriages, his affair with movie star Louise Brooks, his persecution by the FBI during anti-Communist witch hunts -exposing their role in the "white-slavery" case against him - and the significance of Richard Attenborough's film "Chaplin".

David Robinson is one of the most widely respected film critics and historians in the world. His many books include WORLD CINEMA, HOLLYWOOD IN THE TWENTIES and BUSTER KEATON. He writes for the Times.

Buy Used
Condition: Good
A slight tan to the page edges.... Learn more about this copy

1. Chaplin: His Life and Art

Book Description Penguin Books Ltd, 2001. Paperback. Condition: Good. A slight tan to the page edges. Good condition is defined as: a copy that has been read but remains in clean condition. All of the pages are intact and the cover is intact and the spine may show signs of wear. The book may have minor markings which are not specifically mentioned. Most items will be dispatched the same or the next working day. Seller Inventory # mon0009726661

2. Chaplin: His Life And Art

Book Description Paperback. Condition: Fair. A readable copy of the book which may include some defects such as highlighting and notes. Cover and pages may be creased and show discolouration. Seller Inventory # GOR003246590

3. Chaplin: His Life And Art

Book Description Paperback. Condition: Good. The book has been read but remains in clean condition. All pages are intact and the cover is intact. Some minor wear to the spine. Seller Inventory # GOR001692488

4. Chaplin: His Life And Art

5. Chaplin: His Life and Art

Book Description Penguin Books Ltd. Paperback. Condition: Fair. A readable copy. All pages are intact, and the cover is intact. Pages can include considerable notes-in pen or highlighter-but the notes cannot obscure the text. At ThriftBooks, our motto is: Read More, Spend Less. Seller Inventory # G0141000384I5N00