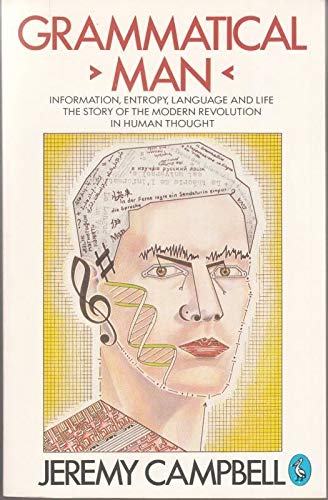 Editorial Review - Kirkus Reviews In this stimulating, if difficult book, Campbell sees information theory as the new science that can inform linguistics, social science, genetics, and neuroscience, while it also continues in its association with computer science. He begins by contrasting information--order, complexity, novelty--with entropy: disorder, simplicity, randomness. He reviews 19th-century formulations of the second law of thermodynamics: the idea of the loss of the ""quality"" of energy--its dissipation into heat. He then cleverly contrasts the useless energy idea to the 20th-century concept of noise: useless information that is inherent in the transmission of any message. The shy, retiring Claude Shannon is celebrated as the brilliant innovator in information theory who demonstrated, most notably, that there exists an ideal code permitting transmission of a message with as much accuracy as desired--within the constraints of the information channel. Here, Campbell fleshes out his narrative with interesting sketches of the personalities and contributions of early probability theorists (and Shannon's contemporaries) von Neumann and Wiener. In later sections, the abstract concepts are applied to natural processes as Campbell discusses evolution and genetics. Only now are geneticists coming to grips with the meaning of the redundancies coded in the DNA, some surmising that mutations affecting supernumerary regulatory genes might account for those changes in timing or in development (e.g., neoteny) that may account, in turn, for rapid changes in species. Elaborating on psychological applications, Campbell discussing current controversies re perception (Gibson vs. Gregory), memory (Ebbinghaus et al.), and dreams (Freud vs. lung). Language, too, comes in for extensive treatment--with a general championing of Chomsky. Concluding chapters discuss information transmission in the nervous system and right-brain/left-brain differences.

Book Description Paperback. Condition: Very Good. The book has been read, but is in excellent condition. Pages are intact and not marred by notes or highlighting. The spine remains undamaged. Seller Inventory # GOR002126704

Book Description Penguin Books Ltd. Paperback. Condition: Good. A copy that has been read, but remains in clean condition. All pages are intact, and the cover is intact. The spine may show signs of wear. Pages can include limited notes and highlighting, and the copy can include previous owner inscriptions. At ThriftBooks, our motto is: Read More, Spend Less. Seller Inventory # G0140225048I3N00

Book Description Penguin, 1984. Paperback. Condition: Good. A slight tan to page edges Good condition is defined as: a copy that has been read but remains in clean condition. All of the pages are intact and the cover is intact and the spine may show signs of wear. The book may have minor markings which are not specifically mentioned. Most items will be dispatched the same or the next working day. Seller Inventory # wbb0013731215

Book Description Penguin Books Ltd, 1984. Condition: Good. A+ Customer service! Satisfaction Guaranteed! Book is in Used-Good condition. Pages and cover are clean and intact. Used items may not include supplementary materials such as CDs or access codes. May show signs of minor shelf wear and contain limited notes and highlighting. Seller Inventory # 0140225048-2-4