Items related to The Blunderer 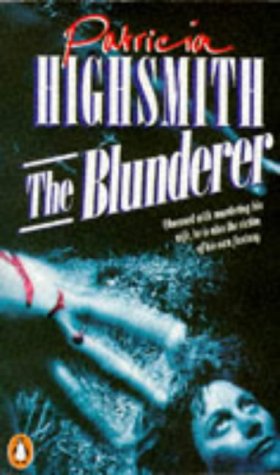 With the Savage Humor of Evelyn Waugh and the macabre sensibility of Edgar Allan Poe, Patricia Highsmith brought a distinct twentieth-century acuteness to her prolific body of fiction. In her more than twenty novels, psychopaths lie in wait amid the milieu of the mundane, in the neighbor clipping the hedges or the spouse asleep next to you at night. Now, Norton continues the revival of this noir genius with two more of her lost masterpieces: The Blunderer, first published in 1953 and hailed as her finest novel, about the rise and fall of a faithful suburban husband who plots his wife's demise in fantasies gruesome and eerily serene; and a later work from 1983, People Who Knock on the Door, a tale about blind faith and the slippery notion of justice that lies beneath the peculiarly American veneer of righteousness. Both novels, out of print for years, again attest to Highsmith's reputation as "the poet of apprehension" (Graham Greene).

Almost unputdownable. Miss Highsmith writes about men like a spider writing about flies. (The Observer)

Highsmith's novels are peerlessly disturbing ....bad dreams that keep us thrashing for the rest of the night (The New Yorker)

One of the greatest modernist writers (Gore Vidal)

My suspicion is that when the dust has settled and when the chronicle of 20th-century American literature comes to be written, history will place Highsmith at the top of the pyramid, as we should place Dostoevsky at the top of the Russian hierarchy of novelists (A.N Wilson Daily Telegraph)

First published in 1953, The Blunderer is often hailed as Highsmith's finest novel, about the rise and fall of a faithful suburban husband who plots his wife's demise in fantasies gruesome and eerily serene.