Items related to The Selling of the President

McGinniss, Joe The Selling of the President

The Selling of the President 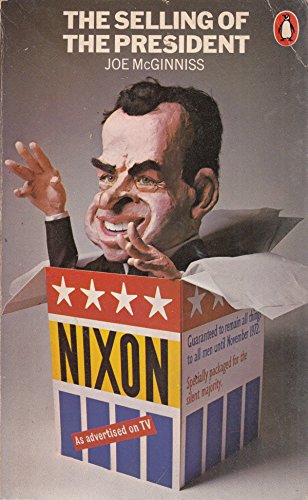 What makes you cast your ballot?
A Presidential candidate or a good campaign?
How he stands on the issues or how he stands up to the camera?

The Selling of the President is the enduring story of the 1968 campaign that wrote the script for modern Presidential politickingand how that script came to be. It introduces:

In his introduction, Joe McGinniss discusses whyunfortunatelyhis classic book is as pertinent today to understanding our political culture as it was the year it was published.

Joe McGinniss was a young Philadelphia journalist when he began to follow the team of public relations men and television specialists who created Richard Nixon's image for the American public during the presidential campaign of 1968. In 1969, with the publication of The Selling of the President, Joe McGinnis immediately became a nonfiction star of the first rank. His other books include Heroes, Going to Extremes, Fatal Vision, Cruel Doubt, and a novel, The Dream Team. He lives in Williamstown, Massachusetts.

1. SELLING OF THE PRESIDENT, THE' [Paperback] Joe McGinniss

2. SELLING OF THE PRESIDENT, THE' [Paperback] Joe McGinniss