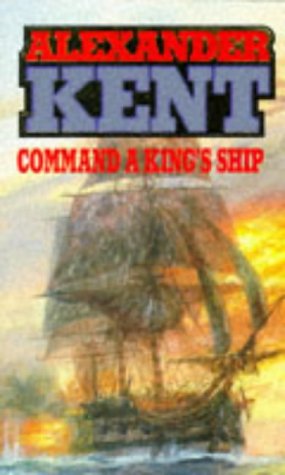 In March 1784, at a time when most of the fleet was laid up, His Majesty's frigate Undine weighed anchor at Spithead to begin a voyage to India and far beyond. As her new captain, Richard Bolitho was glad to go, despite the nature of his orders and the immensity of the voyage - for he was leaving an England still suffering from the aftermath of war. But he was to learn that signatures on proud documents did not necessarily make a lasting peace, and found himself involved in a conflict as ruthless as the one which had given him his first command during the war with France.

In an uneasy peace the expansion of trade and colonial development in little-known areas of the East Indies soon pushed aside the pretence and brought the guns' fury into the open. There was no set line of battle or declared cause to rally Undine's small company. But the dangers and the endless demands had to be faced by the man who commanded the only King's ship available.

" 'One of our foremost writers of naval fiction' Sunday Times. 'Shipwreck, survival... a spirited battle... a splendid yarn' The Times"