Items related to Who Really Matters: The Core Group Theory of Power,...

Who Really Matters: The Core Group Theory of Power, Privilege and Success 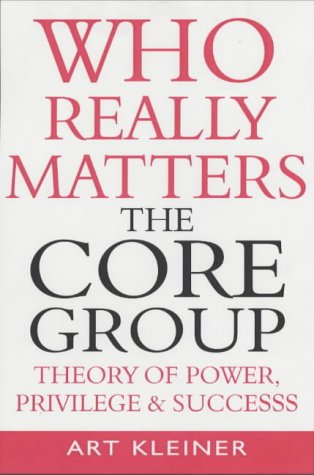 When corporate leaders announce, with seeming sincerity that they make their decisions on behalf of their shareholders, their words are taken at face value. But as recent news stories prove, this imperative is routinely violated. In Who Really Matters Art Kleiner argues that the dissonance between a declared mission and actual operation can be seen in both large and small organistions. All organisations have one motive in common: everything they do - choosing which projects to back, who to promote, where to spend the money is affected by the perceived wants and needs of a core group of key people. The composition of the core group can differ from organisation to organisation. Often the most senior people in the hierarchy are members - but not always. Sometimes the people who matter can extend far down the corporate ladder, as well as reach outside the company to include key customers, union leaders and stock holders. Kleiner gives readers the key to reading a core group's real mission by observing its day-to-day actions, including what its fundamental message to employees is and how it gets that message across: how it manages the energy of new members, what basic ideas shape its policies, about management, money and the way the world works, and what taboos govern the way it operates.

Art Kleiner is a contributing editor at strategy + business magazine and the author of The Age of Heretics, which was runner up for the Edgar G Booz Award for the most innovative business book of 1996. He also coordinator and was lead writer on The Fifth Discipline Fieldbook, The Dance of Change and Schools That Learn.

Who Really Matters : The Core Group Theory of Power, Privilege and Success