Items related to Capital: Volumes One and Two (Classics of World Literature)

Capital: Volumes One and Two (Classics of World Literature) 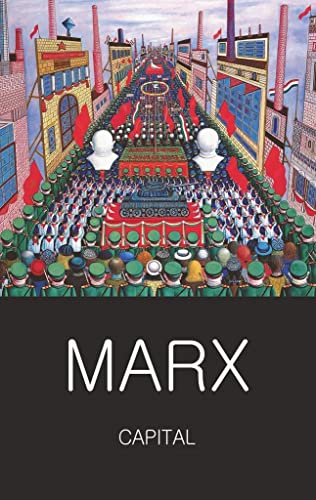 Few writers have had a more demonstrable impact on the development of the modern world than has Karl Marx (1818-1883). Born in Trier into a middle-class Jewish family in 1818, by the time of his death in London in 1883, Marx claimed a growing international reputation.

Of central importance then and later was his book Das Kapital, or, as it is known to English readers, simply Capital. Volume One of Capital was published in Paris in 1867. This was the only volume published during Marx s lifetime and the only to have come directly from his pen. Volume Two, published in 1884, was based on notes Marx left, but written by his friend and collaborator, Friedrich Engels (1820-1895).

Readers from the nineteenth century to the present have been captivated by the unmistakable power and urgency of this classic of world literature. Marx s critique of the capitalist system is rife with big themes: his theory of surplus value , his discussion of the exploitation of the working class, and his forecast of class conflict on a grand scale. Marx wrote with purpose. As he famously put it, Philosophers have previously tried to explain the world, our task is to change it.

Described as one of the most influential figures in human history, Karl Marx was a German philosopher and economist who wrote extensively on the benefits of socialism and the flaws of free-market capitalism. His most notable works, Das Kapital and The Communist Manifesto (the latter of which was co-authored by his collaborator Friedrich Engels), have since become two of history s most important political and economic works. Marxismthe term that has come to define the philosophical school of thought encompassing Marx s ideas about society, politics and economicswas the foundation for the socialist movements of the twentieth century, including Leninism, Stalinism, Trotskyism, and Maoism. Despite the negative reputation associated with some of these movements and with Communism in general, Marx s view of a classless socialist society was a utopian one which did not include the possibility of dictatorship. Greatly influenced by the philosopher G. W. F. Hegel, Marx wrote in radical newspapers from his young adulthood, and can also be credited with founding the philosophy of dialectical materialism. Marx died in London in 1883 at the age of 64.

Mark G. Spencer is Associate Professor of History at Brock University, Canada, and has published widely in the fields relating to the American Enlightenment.

Capital: Volumes One and Two (Paperback or Softback)