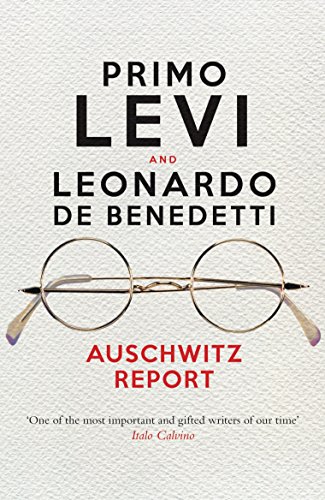 Dating from the weeks and months immediately after the war, Auschwitz Report details the authors harrowing deportation to Auschwitz, and how those who disembarked from the train were selected for work or extermination. As well as being a searing narrative of everyday life in the camp, and the organization and working of the gas chambers, it constitutes Levis first lucid attempts to come to terms with the raw horror of events that would drive him to create some of the greatest works of twentieth-century literature and testimony. Auschwitz Report is a major literary and historical discovery.

“One of the most important and gifted writers of our time.” – Italo Calvino

“The book is important not just because it is the first published work by Levi; it contains the seeds of his great Survival in Auschwitz.” – New Yorker

“One of the first written by eyewitnesses, it has an important place in Holocaust historiography.” – Publishers Weekly

“An important corrective to the accepted view of Auschwitz.” – Guardian

“More than anything else I’ve read or seen, Levi’s books helped me not only to grasp the reality of genocide but to figure out what it means for people like me who grew up sheltered from the storm.” – Meredith Tax, Village Voice

Primo Levi (19191987) was arrested as an anti-fascist partisan during World War II, and deported to Auschwitz in 1944. His books include The Drowned and the Saved, If This Is a Man, and The Periodic Table. He died in 1987.

Book Description Verso Books, United Kingdom, 2015. Paperback. Condition: New. Reprint. Language: English. Brand new Book. Immediately following his release from Auschwitz in 1945, Primo Levi, along with Dr Claudio Debenedetti, was asked to provide a report on living conditions in the concentration camp for Russian authorities. Published the following year, it was then forgotten and has until now remained unknown to a wider public. Representing the very first attempts at fathoming the horrors, the report details the deportation to Auschwitz, selections for work and extermination, everyday life in the camp, and the organization and operation of the gas chambers. "Auschwitz Report" is a significant addition to the oeuvre of the world's most renowned chronicler of the Holocaust. Seller Inventory # FOY9781781688045