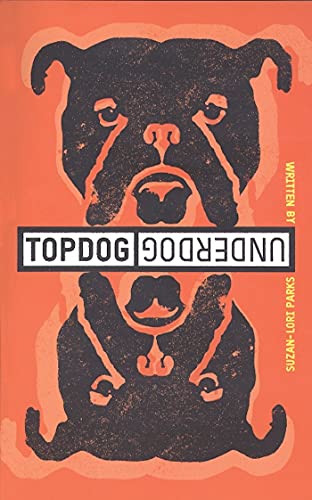 A darkly comic fable of brotherly love and family identity. The play tells the story of Lincoln and Booth, two brothers whose names were given to them as a joke, foretelling a lifetime of sibling rivalry. Haunted by the past, the brothers are forced to confront the reality of their future.

Exhilarating, funny but also devastatingly sad, presenting a vivid microcosm of both family relationships and the black experience in America today. --Telegraph

Suzan-Lori Parks has 'burst though every known convention to invent a new theatrical language, like a jive Samuel Beckett, while exploding American cultural myths and stereotypes along the way. --New York Observer

One of the contemporary American theater's most innovative wordsmiths. Her plays include: Topdog/Underdog (2002 Pulitzer Prize for Drama), In the Blood (2000 Pulitzer-nominee), Fucking A, Venus (OBIE Award), The America Play and Imperceptible Mutabilities in the Third Kingdom (OBIE Award, Best New American Play). She is also a screenwriter, novelist, and MacArthur "Genius" grantee.