Items related to The Swan Kingdom 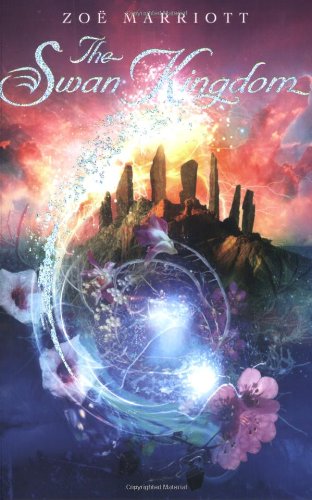 Darkness has fallen across a kingdom far, far away. The queen is dead - killed in the forest by a terrifying beast - and her daughter, Alexandra, suspects that the new woman in her father's life is more than she seems. Exiled and betrayed, Alexandra must face murder, magic and the loss of all that she holds dear in the face of evil.

You probably know me already. In every story you've ever been told, someone like me exists. A figure in the background, barely noticed by the main players. A talentless, unwanted child. The ugly one. The ugly one only gets in the way. She is as out of place as a sparrow in a clutch of swans. This was the role I had in my father's hall. It was the role my father gave me. Yet I adapted, in the way that children do. For I held another place in my father's hall-the place my mother and brothers gave me. It's not enough to say that my mother was beautiful, though she was, almost unbelievably so. But her beauty was the least that people said of her. She was a wise woman, renowned throughout the Kingdom. That was why my father, the king, had wed her. In truth, her compassion and gentleness made her better loved than Father, with his harsh ideas of justice and hisbrusque manner, could ever have been. Everyone adored her. I idolized her. And then there were my brothers. I loved them almost as dearly as I did my mother. David was the eldest, my father's heir and the most like him, with his dark hair and eyes. He was calm and steady, and it was he who endeavored to keep my dresses unmuddied and the twigs from my hair. Next came Hugh, the tallest and most handsome, with golden hair and the careless, flashing smile of our mother. He was quick and witty and could tease even our father from a black mood. He was the inventor- and victor-of all our childhood games. Robin was the closest to me in age as well as temperament. He was not a brilliant swordsman like David or a fine horseman like Hugh. He was a thinker and kept his nose in a book as often as he could manage; but for me he always had time-to talk, paint pictures, play games. When I found the sparrow with a broken wing, it was Robin I ran to, and he put aside his book and showed me how to splint its bone and feed it, his hands and voice gentle. Robin and I were alike in many ways. We had the same deep auburn hair. We had both inherited Mother's eyes, the vivid green of newly unfurled leaves. But there, I'm afraid, my resemblance to Robin or my mother ended. When I said I was ugly, I meant it. Though I had my mother's hair and eyes and her pale skin, somehow I was . . . ugly. Or perhaps that's too strong a word. It was just that my small white face, with its delicate features, faded into insignificance, especially next to the dazzling charms of the rest of my family. They said David would make a wonderful king, in time. There was no doubt that Hugh would be a fine lord anddefend his brother's lands well. And Robin, of course, would be a great scholar. No one said what I would become. They looked at me with pity, I think. I was nothing. I was the wanderer, the dreamer who listened to the tides of magic in her sleep. I knew it was not my destiny to be great. I would only be Alexandra, and I would be free. So I wasn't unhappy, then. The wood-frame Hall, with its curved walls and thatching that almost reached the ground in places, was a true home to me, and I loved it, especially Mother's beautiful gardens that spread out over most of the hillside. I grew up running wild through the amber fields of the Kingdom, sleeping in the green and silver shadows of its forests, diving through the clear sweetness of its waters. My brothers ran with me, and my mother watched over us all. When I look back now, my memories of that time seem to stream and dance like dust motes gilded by the sun. yelp of pain at David's blow to his knuckles was particularly loud, and I rolled my eyes at Robin as Hugh proceeded to curse his opponent soundly. "How can David's father have been a mongrel cur with one leg?" I called lazily. "He's your father too." "Irefuse to believe it," Hugh said dramatically. "Obviously David is a goblin child that Mother found by the wayside one day and took pity on." "Unlikely," David said, lowering his stick. He leaned on it, continuing thoughtfully, "But it might be true that one of us is a changeling." "Don't be stupid," Hugh said hastily. "You're the living spit of Mother." "I mean Hugh, of course," David agreed calmly. "You and Robin both look like Mother, and I obviously take after Father. But who does Hugh look like?"

The Swan Kingdom is my first novel, and as such it's the
embodiment of all the things I love to read about: magic, mystery, romance,
adventure. It's the book that I often wished for when I was younger, but
never quite managed to find. I loved writing it, and I hope that others
will love reading it half as much. More information about how The Swan
Kingdom came to be written can be found on my website at zoemarriott.com