Items related to This Land is Our Land: Struggle for Britain's Countrysid...

Shoard, Marion This Land is Our Land: Struggle for Britain's Countryside (Paladin Books)

This Land is Our Land: Struggle for Britain's Countryside (Paladin Books) 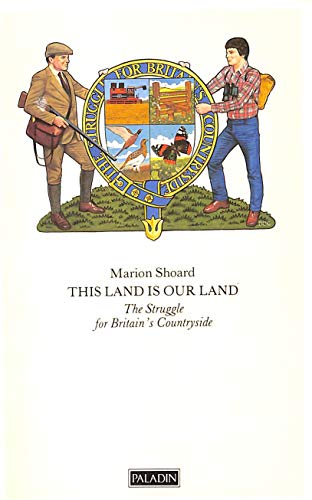 This volume shows how ramblers, road protesters and country lovers are coming together to challenge the rural land ownership regime. It argues that the urban population should use its democratic strength to deprive rural landowners of their grip on the countryside. The announcement, in the summer of 1997, of a Bill to ban fox hunting was the first of a series of forthcoming challenges to landowner control of the countryside. It was followed by the 100,000-strong protest of the landowners' Countryside Alliance at Hyde Park in July 1997. This work on the politics of rural land ownership, appears on the eve of the second reading of the fox-hunting Bill. The book plots the history of the struggle over land rights in Britain over the last 1000 years, and analyzes the current ownership of the countryside. It unveils a radical programme of action, setting out a new social contract through which landowners and the people would share control of the countryside.

This Land Is Our Land (Paladin Books)