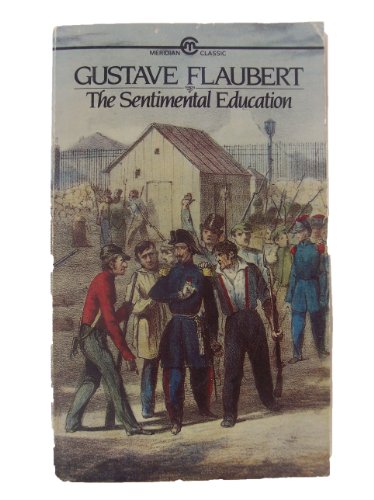 The Barnes & Noble Classics series offers quality editions of important works of literature at affordable prices to the student and the general reader, each featuring new scholarship and pages of carefully crafted extras. All editions are beautifully designed and are printed to superior specifications; some include illustrations of historical interest. The series pulls together a constellation of influences; biographical, historical and literary, to enrich each reader's understanding of these enduring works.

Frederic Moreau, a moderately gifted young provincial, is ambitious in many ways: he dreams of fame, of vast wealth, of literary and artistic achievement, of a grand passion. On the Paris paddle-steamer which transports him to his home town of Nogent-sur-Seine at the outset of the novel, he becomes transfixed by the demure Madame Arnoux and, back in Paris, cultivates her ebullient and enterprising husband in order to be near her. Frederic's devotion fluctuates like his other enthusiasms, and he is caught up in the intense pleasures and the inevitable ennuis of Parisian life.

Flaubert was born in 1821. After illness ended a career in law, he retired to live with his mother and devote himself to writing. He achieved limited success in his own lifetime, but his reputation grew steadily after his death in 1880.

Geoffrey Wall teaches French at the University of York. His biography of Flaubert has been translated into four languages.

Sentimental Education : The Story of a Young Man