Items related to If They Come in the Morning

Davis, Angela Y. If They Come in the Morning

If They Come in the Morning 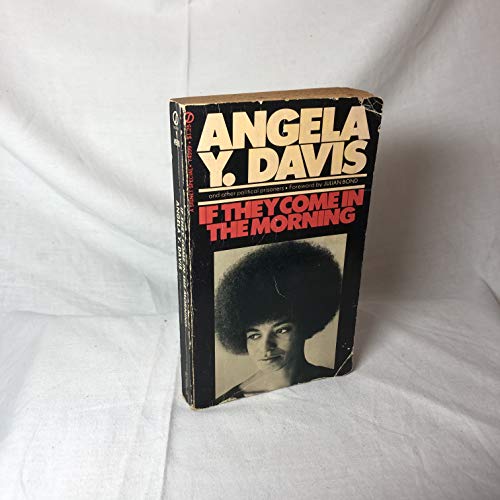 The trial of Angela Davis is remembered as one of America's most historic political trials, and no one can tell the story better than Davis herself. Opening with a letter from James Baldwin to Davis, and including contributions from numerous radicals and commentators such as Black Panthers George Jackson, Huey P. Newton, Bobby Seale and Erica Huggins, this book is not only an account of Davis's incarceration and the struggles surrounding it, but also perhaps the most comprehensive and thorough analysis of the prison system of the United States and the figure embodied in Davis's arrest and imprisonment - the political prisoner. Since the book was written, the carceral system in the US has grown from strength to strength, with more of its black population behind bars than ever before. The scathing analysis of the role of prison and the policing of black populations offered by Davis and her comrades in this astonishing volume remains as relevant today as the day it was published.

'Angela Davis taught me that I did not have to tolerate the racism I was suffering in the playground, she told me that I was not alone ... it was in this book that I first came across the word 'solidarity'.' --Benjamin Zephaniah

'Davis' arguments for justice are formidable ... The power of her historical insights and the sweetness of her dream cannot be denied.' --New York Times

Angela Davis is a political activist, scholar, author and speaker. She is the author of several books, including Women, Race, and Class and Are Prisons Obsolete? and is Distinguished Professor Emerita at the University of California, Santa Cruz.

If They Come in the Morning