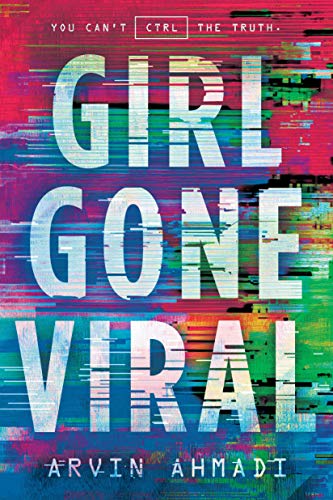 Perfect for fans of Warcross and Black Mirror, Girl Gone Viral is the inventive and timely story of a seventeen-year-old coder's catapult to stardom. For seventeen-year-old Opal Hopper, code is magic. She builds entire worlds from scratch: Mars craters, shimmering lakes, any virtual experience her heart desires. But she can't code her dad back into her life. When he disappeared after her tenth birthday, leaving only a cryptic note, Opal tried desperately to find him. And when he never turned up, she enrolled at a boarding school for technical prodigies and tried to forget. Until now. Because WAVE, the world's biggest virtual reality platform, has announced a contest where the winner gets to meet its billionaire founder. The same billionaire who worked closely with Opal's dad. The one she always believed might know where he went. The one who maybe even murdered him. What begins as a small data hack to win the contest spirals out of control when Opal goes viral, digging her deeper into a hole of lies, hacks, and manipulation. How far will Opal go for the answers--or is it the attention--she's wanted for years?

"Tense, twisty, and oh-so-timely, Girl Gone Viral is the perfect thriller for the virtual reality era. Don't start this book unless you can finish in one sitting. I loved it!"--Brendan Reichs, New York Times bestselling author of Nemesis "In Opal's story, Arvin Ahmadi has crafted a timely and gripping sci-fi tale, grounded in the technology that links us, and what finding ourselves within it can cost."--Alex London, bestselling author of Proxy and Black Wings Beating "A fast-paced Black Mirror episode with an endearing teenage protagonist." --Marie Claire Magazine About the Author:

Arvin Ahmadi grew up outside Washington, DC. He graduated from Columbia University and has worked in the tech industry. When he's not reading or writing books, he can be found watching late-night talk show interviews and editing Wikipedia pages. Down and Across is his first novel, followed by Girl Gone Viral.