Items related to A Case of Conscience

Blish, James A Case of Conscience

A Case of Conscience 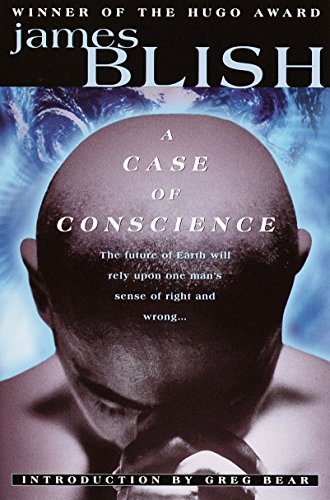 Winner of the Hugo Award - The future of Earth will rely upon one man's sense of right and wrong. . . .

Father Ruiz-Sanchez is a dedicated man--a priest who is also a scientist, and a scientist who is also a human being. He has found no insoluble conflicts in his beliefs or his ethics . . . until he is sent to Lithia. There he comes upon a race of aliens who are admirable in every way except for their total reliance on cold reason; they are incapable of faith or belief. Confronted with a profound scientific riddle and ethical quandary, Father Ruiz-Sanchez soon finds himself torn between the teachings of his faith, the teachings of his science, and the inner promptings of his humanity. There is only one solution: He must accept an ancient and unforgivable heresy--and risk the futures of both worlds . . .

James Blish's seminal treatment of religion in SF, an award winning precursor to The Sparrow

James Blish served in World War II as a medical technician, joined the Futurians--a group of science fiction writers, fans, editors, and publishers-- wrote more than twenty books, and won the Hugo Award for A Case of Conscience in 1959. He moved to England in 1968 and continued to write until his death in 1975. In later years, James Blish contributed original stories and screenplays to the Star Trek saga.