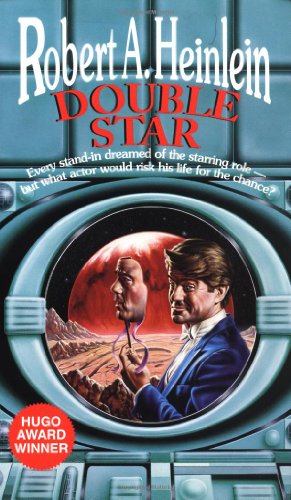 One minute, down and out actor Lorenzo Smythe was -- as usual -- in a bar, drinking away his troubles as he watched his career go down the tubes. Then a space pilot bought him a drink, and the next thing Smythe knew, he was shanghaied to Mars.

Suddenly he found himself agreeing to the most difficult role of his career: impersonating an important politician who had been kidnapped. Peace with the Martians was at stake -- failure to pull off the act could result in interplanetary war. And Smythe's own life was on the line -- for if he wasn't assassinated, there was always the possibility that he might be trapped in his new role forever!

The HUGO AWARD-winning novel from one of the true greats of science fiction.

Robert A. Heinlein (1907-1988) was educated at the University of Missouri and the US Naval Academy, Annapolis. He served as a naval officer for five years but retired in 1934 due to ill health. He then studied physics at UCLA before beginning to publish sf with 'Lifeline' for Astounding Science Fiction in 1939. Among his many novels are The Door into Summer, Double Star, Starship Troopers, Stranger in a Strange Land and The Moon is a Harsh Mistress.