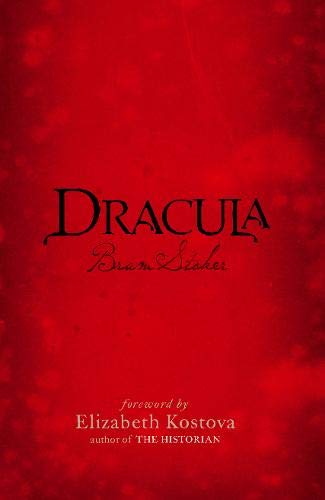 Arriving at Castle Dracula, the vast ruined home of a Transylvanian nobleman, a young English visitor finds himself thrust into a realm of sensation and horror beyond his most nightmarish dreams. His experiences give rise to an urgent campaign to destroy the vampire count, to eliminate Dracula's cult of the living dead, and to triumph over a centuries-old evil.

Bram Stoker's masterpiece is a thriller of such hypnotic intensity that it has captured millions of readers around the world and inspired its own literature and mythology of the supernatural.

This beautiful new edition includes a foreword by Elizabeth Kostova, the internationally bestselling author of THE HISTORIAN.

Book Description Hardcover. Condition: Used; Good. **Simply Brit** Shipped with Premium postal service within 24 hours from the UK with impressive delivery time. We have dispatched from our book depository; items of good condition to over ten million satisfied customers worldwide. We are committed to providing you with reliable and efficient service at all times. Seller Inventory # mon0001634861

Book Description Hardcover. Condition: Used; Good. stains on the side **SHIPPED FROM UK** We believe you will be completely satisfied with our quick and reliable service. All orders are dispatched as swiftly as possible! Buy with confidence!. Seller Inventory # 4127688

Book Description Hardcover. Condition: Used; Good. Dispatched, from the UK, within 48 hours of ordering. This book is in good condition but will show signs of previous ownership. Please expect some creasing to the spine and/or minor damage to the cover. Grubby book may have mild dirt or some staining, mostly on the edges of pages. Aged book. Tanned pages and age spots, however, this will not interfere with reading. Ripped/damaged jacket. The dust jacket of this book is slightly damaged/ripped, however, this does not affect the internal condition. Seller Inventory # CHL7048597