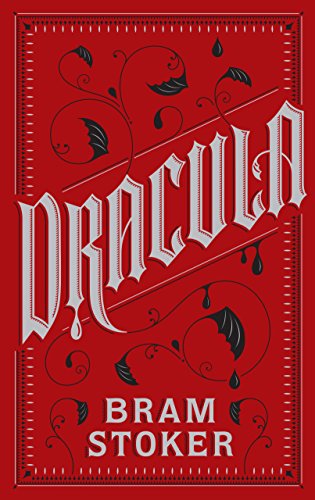 Acting on behalf of his firm of solicitors, Jonathan Harker travels to the Carpathian Mountains to finalize the sale of England's Carfax Abbey to Transylvanian noble Count Dracula. Little does he realize that, in doing so, he endangers all that he loves. For Dracula is one of the Un-Dead--a centuries-old vampire who sleeps by day and stalks by night, feasting on the blood of his helpless victims. Once on English soil, the count sets his sights on Jonathan's circle of associates, among them his beloved wife Mina. To thwart Dracula's evil designs, Jonathan and his friends will have to accept as truth the most preposterous superstitions concerning vampires, and in the company of legendary vampire hunter Abraham Van Helsing, embark on an unholy adventure for which even their worst nightmares have not prepared them. First published in 1897, Bram Stoker's Dracula established the ground rules for virtually all vampire fiction written in its wake. This volume is one of Barnes & Noble's Collectible Editions classics. Each volume features authoritative texts by the world's greatest authors in an exquisitely designed foil-stamped binding, with distinctive coloured edging and an attract silk-ribbon bookmark. Decorative, durable, and collectible, these books offer hours of pleasure to readers young and old and are an indispensable cornerstone for any home library.

Book Description Paperback. Condition: New. Language: English. Brand new Book. With Dracula, Bram Stoker established the ground rules for virtually all vampire fiction. When Jonathan Harker travels to Transylvania to do business with the noble Count Dracula, he endangers all that he loves, for Dracula is one of the Undead who feasts on the blood of his helpless victims. To thwart Dracula's evil designs, Jonathan and his friends must embark on an unholy adventure beyond their worst nightmares. Seller Inventory # AAZ9781435159570