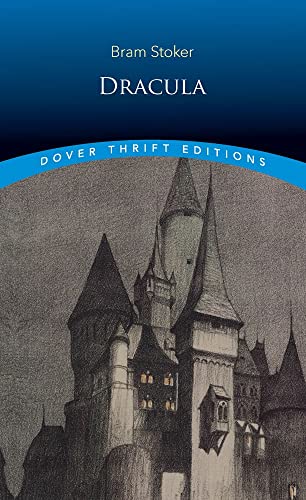 A dreary castle, blood-thirsty vampires, open graves at midnight, and other gothic touches fill this chilling tale about a young Englishman's confrontation with the evil Count Dracula. A horror romance as deathless as any vampire, the blood-curdling tale still continues to hold readers spellbound a century later.

"An exercise in masculine anxiety and nationalist paranoia, Stoker's novel is filled with scenes that are staggeringly lurid and perverse... The one in Highgate cemetery, where Arthur and Van Helsing drive a stake through the writhing body of the vampirised Lucy Westenra, is my favourite" (Sarah Waters)

"It is splendid. No book since Mrs. Shelley's Frankenstein or indeed any other at all has come near yours in originality, or terror" (Bram Stoker’s Mother)

"Dracula is the daddy of all vampires" (Daily Express)

Book Description Paperback. Condition: New. Language: English. Brand new Book. During a business visit to Count Dracula's castle in Transylvania, a young English solicitor finds himself at the center of a series of horrifying incidents. Jonathan Harker is attacked by three phantom women, observes the Count's transformation from human to bat form, and discovers puncture wounds on his own neck that seem to have been made by teeth. Harker returns home upon his escape from Dracula's grim fortress, but a friend's strange malady -- involving sleepwalking, inexplicable blood loss, and mysterious throat wounds -- initiates a frantic vampire hunt. The popularity of Bram Stoker's 1897 horror romance is as deathless as any vampire. Its supernatural appeal has spawned a host of film and stage adaptations, and more than a century after its initial publication, it continues to hold readers spellbound. Seller Inventory # AAZ9780486411095