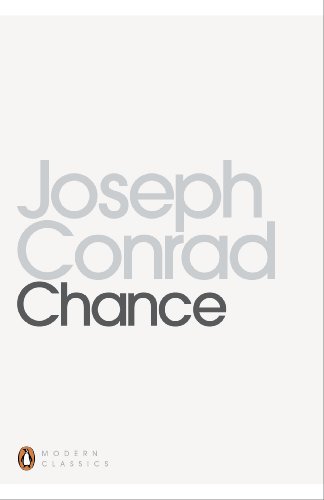 'It is a mighty force that of mere chance, absolutely irresistible yet manifesting itself often in delicate forms such for instance as the charm, true or illusory, of a human being' In Flora de Barral, the slender, dreamy, morbidly charming daughter of a parvenu financier, Conrad creates his most complex heroine and one of his most unrelenting, but not unhopeful, novels of emotional isolation. Neglected by her bankrupt father and rejected by her governess, drifting into abstraction and despair, Flora takes refuge at sea on Captain Anthony's ship, where tragedy and her transformation begin. When published in 1913, Chance was an immediate success. Arnold Bennett wrote that 'this is a discouraging book for a writer because he damn well knows he can't write as well as this'; while an anonymous reviewer in Punch declared that 'the whole thing is much nearer wizardry than workmanship'.

Joseph Conrad (originally Józef Teodor Konrad Nalecz Korzeniowski) was born in the Ukraine in 1857 and grew up under Tsarist autocracy. His parents, ardent Polish patriots, died when he was a child, following their exile for anti-Russian activities, and he came under the protection of his tradition-conscious uncle, Thaddeus Bobrowski, who watched over him for the next twenty-five years. In 1874 Bobrowski conceded to his nephew's passionate desire to go to sea, and Conrad travelled to Marseilles, where he served in French merchant vessels before joining a British ship in 1878 as an apprentice. In 1886 he obtained British nationality and his Master's certificate in the British Merchant Service. Eight years later he left the sea to devote himself to writing, publishing his first novel, Almayer's Folly, in 1895. The following year he married Jessie George and eventually settled in Kent, where he produced within fifteen years such modern classics as Youth, Heart of Darkness, Lord Jim, Typhoon, Nostromo, The Secret Agent and Under Western Eyes. He continued to write until his death in 1924.