Items related to An Evil Cradling 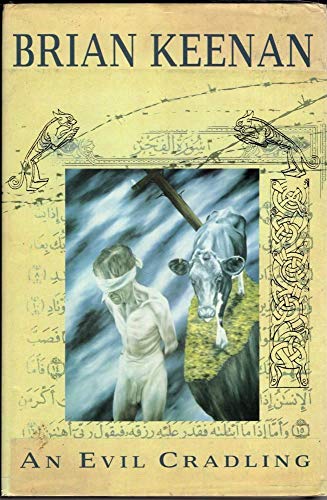 Brian Keenan's release from captivity was the first ray of hope for those hostages held in the Middle East. He describes the plight of his fellow hostages with first-hand knowledge. The language he uses reflects his past efforts as a poet in describing the pain and claustrophobia of imprisonment.

"An early nineties classic... It reminds you of the privilege of freedom" (Joseph Fiennes Daily Express)

"There may have been more important books than Brian Keenan's An Evil Cradling, but its thoughtfulness and delicacy of feeling are unforgettable. Four years of savage captivity in Lebanon have been transmuted into understanding, not bitterness: a remarkable achievement" (Daily Telegraph)

"Scriptural in its resonances and its broad artistry, while being as gripping as an airport thriller" (Observer)

'A moving and remarkable triumph' Sebastian Faulks, Independent on Sunday

An Evil Cradling: The Five-Year Ordeal of a Hostage [Hardcover] Brian Keenan

An Evil Cradling: The Five-Year Ordeal of a Hostage

An Evil Cradling: The Five-Year Ordeal of a Hostage