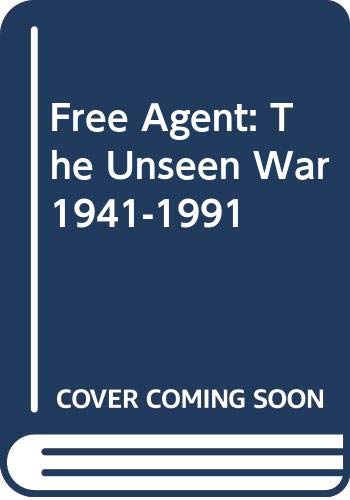 Sewn binding. Paper over boards. xiv, 314, [6] p. Glossary of acronyms. Index. From Wikipedia: "Brian Rossiter Crozier (4 August 1918, in Kuridala, Shire of Cloncurry, Queensland 4 August 2012) was a historian, strategist and journalist. Crozier was born in Australia, but was raised in France, learning French. His family then moved to England, where he received a scholarship to study piano and composition at the Trinity College of Music in London. Early in life he believed in communism, as a reaction to the Great Depression and to Adolf Hitler, but later he changed his philosophy and worked to combat it. Crozier eventually became interested in journalism and pursued a career that led him to become a foreign correspondent for Reuters, a columnist for The Economist, a reporter for the BBC and, during a brief return to Australia, a writer for The Sydney Morning Herald. Crozier was the director of Forum World Features, set up in 1966 by the Congress for Cultural Freedom, which had ties to the American Central Intelligence Agency (CIA). While editing the Economist's "insider" news-sheet Foreign Report, Crozier, as he later recorded in his memoirs, kept some of the best stories that reached him for the CIA. He stated in 1975 that Forum World Features had broken all ties to the CIA when he became its director in the 1960s. In 1970 Crozier founded the Institute for the Study of Conflict, based in London, to study insurgencies and terrorism. He presided over it for most of the 1970s. According to a profile written by David Rees in 1985 for the American fortnightly National Review, 'the Institute.was the first private think-tank devoted to the study of terrorism and subversion. Under his direction (he left in 1979) the institute specialised in the study of the "peace-time" strategy of the Soviet Union. Its analyses, including the Annual of Power and Conflict it published for ten years, have been used in war colleges throughout the West. For many years Crozier wrote a regular column, The Protracted Conflict, in the National Review. Joseph D'Agostino of Human Events states: "Crozier has another distinction: in 1988 he appeared in the Guinness Book of World Records for having interviewed the most heads of state or government, 58 in all." Crozier provided advice to the British Secret Intelligence Service, the Information Research Department (IRD) of the British Foreign Office, and the CIA. Lecturing to Britain's staff college for army officers during the early 1970s, when the Labour Party was in power under Harold Wilson, Crozier stated if the government went too far, it was the armed forces' duty to intervene (he claimed that he was enthusiastically applauded). In 1982 it was revealed from the papers of former Bavarian state security chief Hans Langemann that Crozier was an attendant of Le Cercle and headed a secret international group that tried to influence the West German federal election of 1980 by using secret service connections and cover-up financial transactions to make Franz Josef Strauß Chancellor of the Federal Republic of Germany. Crozier's autobiography, Free Agent: The Unseen War 1941 1991, was published by HarperCollins in 1993. Crozier was a Distinguished Visiting Fellow on War, Revolution, and Peace of the Hoover Institution. He was also a member of the international advisory council of the Victims of Communism Memorial Foundation." Very good in very good dust jacket. Small scuff on fep. First edition. First edition [stated]. First printing [stated]. Bookseller Inventory # 68981

Founded and operated by trained historians, Ground Zero Books, Ltd., serves the book collector, the scholar, and institutions. We focus on the individual, and pride ourselves on our personal service. Please contact us with your wants, as we have many books not yet listed in our database.


Orders usually ship within 2 business days. Shipping costs are based on books
weighing 2.2 LB, or 1 KG. If your book order is heavy or oversized, we may contact
you to let you know extra shipping is required.