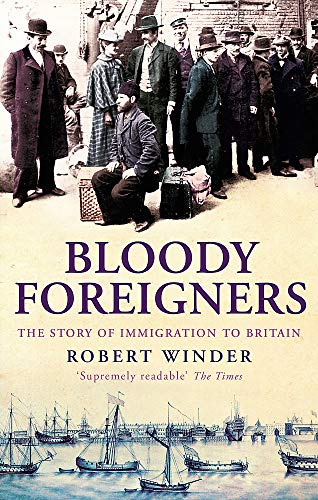 Immigration is one of the most important stories of modern British life, yet it has been happening since Caesar first landed in 53 BC. Ever since the first Roman, Saxon, Jute and Dane leaped off a boat we have been a mongrel nation. Our roots are a tangled web. From Huguenot weavers fleeing French Catholic persecution in the 18th century to South African dentists to Indian shopkeepers; from Jews in York in the 12th century (who had to wear a yellow star to distinguish them and who were shamefully expelled by Edward I in 1272) to the Jamaican who came on board the Windrush in 1947. The first Indian MP was elected in 1892, Walter Tull, the first black football player played (for Spurs and Northampton) before WW1 (and died heroically fighting for the allies in the last months of the war); in 1768 there were 20,000 black people in London (out of a population of 600,000 - a similar percentage to today). The 19th century brought huge numbers of Italians, Irish, Jews (from Russia and Poland mainly), Germans and Poles.

This book draws all their stories together in a compelling narrative.

a topical, formidable and engaging book which will have - and deserves to have - many readers...a breath of fresh air (SUNDAY TIMES)


Orders usually ship within 2 business days. Shipping costs are based on books weighing 2.2 LB, or 1 KG. If your book order is heavy or over sized, we may contact you to let you know extra shipping is required.