Mifsud, Immanuel In the Name of the Father (and of the Son)

In the Name of the Father (and of the Son) 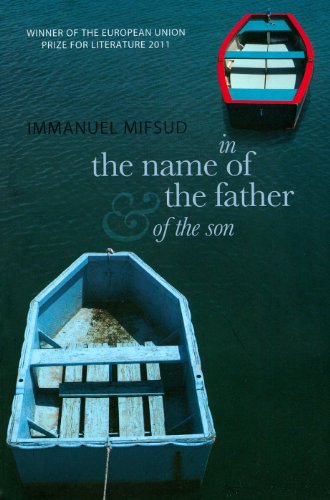 Back from his fathers funeral, the narrator starts reading a diary his father kept during his days as a soldier during the Second World War. The diary is very scant, almost impersonal, but it is exactly this impersonality which pushes the narrator to re-examine the personal relationship he had with his father. The father, who the son knew only as a cripple after he had been injured in a motorcycle accident, had always tried to convince those around him that he was tough enough to withstand all hardship, and had tried to bring up his son in his mould. The narrator revisits his fathers past, as well as his own, to look for cracks in this façade, to find signs of weakness and displays of emotion. This turns out to be an opportunity to also look back at his own upbringing and especially at the way he had been educated to become a man. Episodes from the past are recalled and examined for any light they can shed on the matter. The narrator is not only older, which makes him attach new meanings to old events, but he has also changed in two other ways, which both influence the way he now sees things: he has just himself become a father, and he has become a scholar. He has read things that his working-class father would never understand, let alone know that they would be used to understand him.