Items related to Aristotle: An Introduction 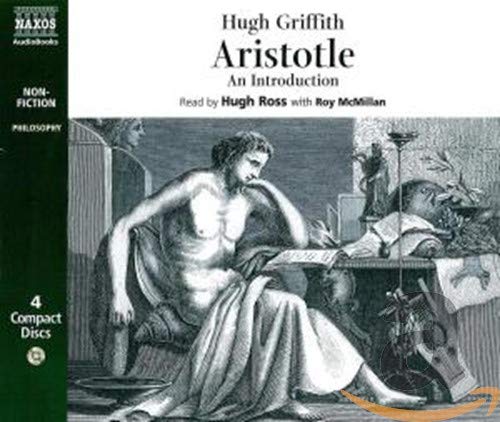 Aristotle was the third key figure among the philosophers of Ancient Greece following Socrates and Plato. Here, extensive sections of the main works for which he is still respected are given following introductions setting the scene.

This audiobook seeks to make the texts accessible by providing manageable excerpts from works such as THE HISTORY OF ANIMALS and NICOMACHEAN ETHICS. Hugh Ross's narration of Aristotle is friendly and spirited, a style that goes some way in making this work sound less like lecture notes than it might have in other hands. Even more inviting are the preambles that place each passage in context. Roy McMillan delivers these in an avuncular voice, as though he were reading to children. --Maine Portland, AudioFile

In his introduction to Aristotle, Hugh Griffith follows the successful pattern established with his An Inroduction to Greek Philosophy: lively introductions explaining the background before generous sections of original text. The two principal works drawn upon are Politics and The Nichomachean Ethics, (topics include marriage, education and government) two treatises which still have a srong effect on thought today. In addition, Griffith inserts three sections from Animals - for Aristotle was one of the first to codify animals, correctly putting dolphins and whales with mammals rather than fish.