Items related to Diglossia and Power: Language Policies and Practice... 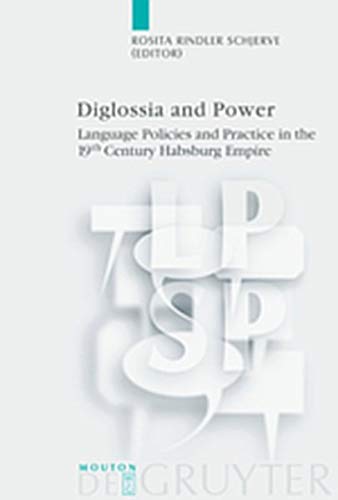 This book is about the struggle for social power in the interethnic context of the Austrian part of the 19th century Austro-Hungarian Empire. It explores how the struggle for power is reflected in attempts to control language use at different levels of discursive interaction, and how, in a context of intricate and multiple language contact, language became a prominent site for interethnic controversies and conflict. The book shows how, in the wake of ongoing democratization, in particular in 1848-1849 and after 1860, the non-German speaking nationalities of the Empire attempted to redefine their status by demanding recognition of their languages and cultures while German-dominated state nationalism tried to reestablish its endangered hegemony by granting linguistic and cultural autonomy to the various ethnic groups.

"The BAAL jury was right: apart from being an excellent introduction to the linguistic situation in the 19th century Habsburg empire, this volume is an inspiring, challenging and highly recommended read for any scholar involved in historical sociolinguistics."Wim Vandenbussche in: Linguist List 16.1244

Rosita Rindler Schjerve is Professor at the University of Vienna, Austria.