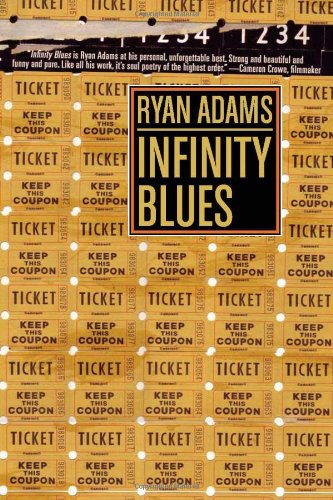 Athough most well-known around the globe for his musical works, Ryan Adams is also a talented fiction writer and poet. Here, for the first time, his non-musical writing is revealed. Adams's work rings of an emotional authenticity that provides perhaps an even deeper insight into the man than is revealed through the songs that have resonated with his hundreds of thousands of fans the world over.

Ryan Adams is a world-famous singer-songwriter who is usually performing in some city at any given moment with his longtime band the Cardinals. Adams is known for his prolific nature, which in the last ten years has produced albums including Heartbreaker, Gold (which includes the popular hit songs "When the Stars Go Blue" and "New York, New York"), Demolition, Love Is Hell, Jacksonville City Nights, Easy Tiger, and more. Adams has also produced Willie Nelson's Songbird album and contributed to albums by Toots and the Maytals, Beth Orton, The Wallflowers, Minnie Driver, Counting Crows, and Cowboy Junkies; additionally, he has appeared on CMT's Crossroads with Elton John. He lives in New York City and listens to A LOT of heavy metal.