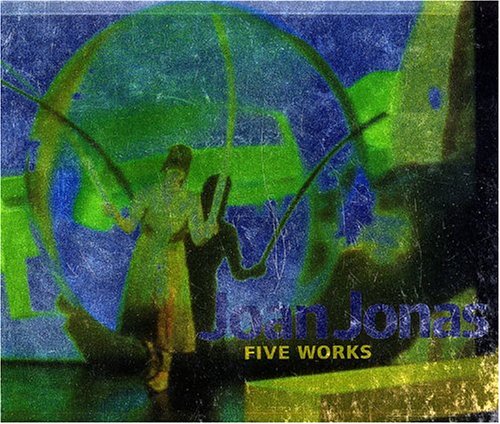 Five Works presents a much broader look at the American artist's oeuvre than its name suggests. This first major exhibition of Jonas's work in a New York museum includes a selection of the artist's works in installation and video, drawings, photographs and sketchbooks. Curated by Valerie Smith, QMA Director of Exhibitions, the show brings together five key works (aha!) from Jonas's career including Organic Honey's Visual Telepathy, Organic Honey: Vertical Roll (1972-1994), The Juniper Tree (1976-1978), Volcano Saga (1985-1994), Revolted by the Thought of Known Places... (1992-2003), and Lines in the Sand (2002) . Also included are her portable My New Theater series (1997-1999), drawings and sketches. All of the works in the exhibition are presented in color and this catalogue which also includes an interview with Jonas and poet/scholars Susan Howe and Jeanne Heuving.