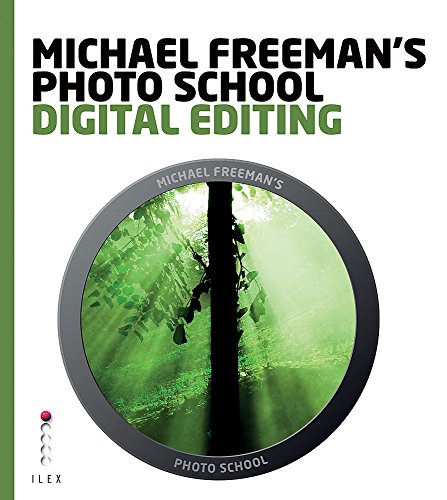 Michael Freeman, professional photographer and best-selling author, was born in England in 1945, took a Masters in Geography at Brasenose College, Oxford University, and then worked in advertising in London for six years. In 1971 he made the life-changing decision to travel up the Amazon with two secondhand cameras, and when Time-Life used many of the pictures he came back with, he embarked on a full-time photographic career.

Since then, working for clients that include all the world's major magazines, most notably the Smithsonian Magazine (for which he has shot more than 40 stories over 30 years), Freeman's reputation as one of the world's leading reportage photographers has been consolidated. Of his many books, which have sold over 4 million copies worldwide, more than 60 titles are on the practice of photography. For this photographic educational work he was awarded the Prix Louis Philippe Clerc by the French Ministry of Culture.

Freeman's books on photography have been translated into 27 languages.

Book Description Ilex, 2012. Condition: Good. Ships from the UK. Former Library book. Shows some signs of wear, and may have some markings on the inside. Seller Inventory # GRP97885515

Book Description Ilex, 2012. Paperback. Condition: Good. Item may show signs of shelf wear. Pages may include limited notes and highlighting. May include supplemental or companion materials if applicable. Access codes may or may not work. Connecting readers since 1972. Customer service is our top priority. Seller Inventory # mon0001310291

Book Description Ilex, 2012. Condition: Good. A+ Customer service! Satisfaction Guaranteed! Book is in Used-Good condition. Pages and cover are clean and intact. Used items may not include supplementary materials such as CDs or access codes. May show signs of minor shelf wear and contain limited notes and highlighting. Seller Inventory # 1908150319-2-4