Items related to Masterpieces from Mount Stuart: The Bute Collection 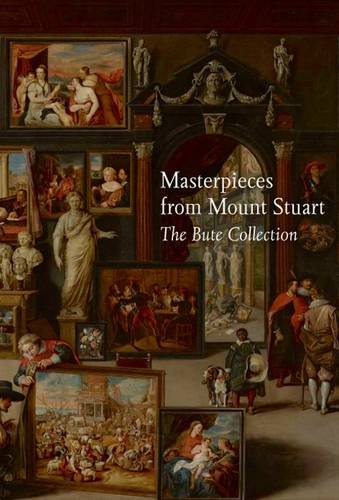 This beautifully illustrated book presents old master paintings from the famous Bute Collection at Mount Stuart, exhibited to the public in Scotland for the first time in more than sixty years. Featuring nineteen Dutch, Flemish, Early Netherlandish, and French pictures it includes celebrated landscapes by Aelbert Cuyp and Jacob van Ruisdael, scenes from everyday life by Pieter de Hooch, Gabriel Metsu, and David Teniers as well as portraits by Joos van Cleve, Jacob Jordaens, and Antoine Le Nain. An essay describes the formation of the Bute Collection by John Stuart, 3rd Earl of Bute and Prime Minister to George III in the second half of the eighteenth century. It was regarded as the most important collection of Dutch and Flemish pictures formed in Britain before the French Revolution. The collection is kept at Mount Stuart on the Isle of Bute, the family's grand house built by Sir Robert Rowand Anderson, who was also the architect of the Scottish National Portrait Gallery.

Christian Tico Seifert is Senior Curator of Northern European Art at the National Gallery of Scotland. He received his PhD from Freie Universitat Berlin, where he taught art history. He founded the Niederlandisches Forum in 2004, and he co-organised the International Rembrandt Symposium in Berlin in 2006. He has published on German, Dutch, Flemish and Italian art and contributed to the catalogue of the award-winning exhibition of Adam Elsheimer shown in Frankfurt, London and Edinburgh in 2006. Currently he is preparing the catalogue of Dutch paintings in the National Gallery of Scotland.

Book Description National Galleries of Scotland, 2012. Hardcover. Condition: Good. Item may show signs of shelf wear. Pages may include limited notes and highlighting. May include supplemental or companion materials if applicable. Access codes may or may not work. Connecting readers since 1972. Customer service is our top priority. Seller Inventory # mon0001350107

Book Description National Galleries of Scotland, 2012. Condition: Good. A+ Customer service! Satisfaction Guaranteed! Book is in Used-Good condition. Pages and cover are clean and intact. Used items may not include supplementary materials such as CDs or access codes. May show signs of minor shelf wear and contain limited notes and highlighting. Seller Inventory # 1906270503-2-4