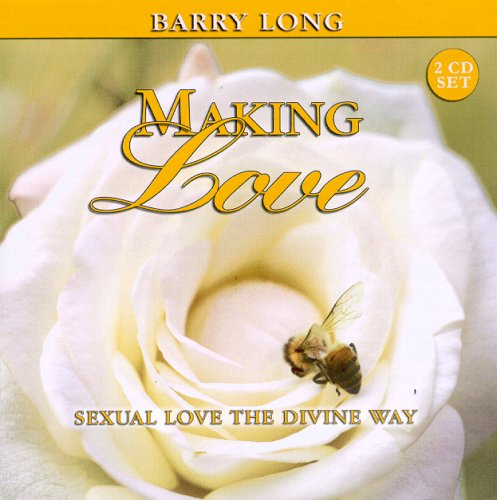 Contains the most profound insights on love and sexuality that you're ever likely to encounter.' New Age Guardian 'The greatest tragedy on earth is that man and woman have forgotten how to make love.' Barry Long Few teachings offer the possibility of such a sublime transformation: sex made conscious as divine love. Herein is the key to the mystical union of man and woman. Barry Long's practical and down-to-earth work takes you unfalteringly beyond the Pandora's box of sex to the hidden pearl within. This work reveals the teaching that has transformed the love-lives of thousands around the world.

By the end of his life Barry Long was recognised by many thousands of people around the world as a genuine spiritual master. Born in 1926 in Australia, he was in his thirties before he realized there was more to life than worldly success. He was the editor of a Sydney Sunday newspaper - 'Truth' - but it wasn't the media's truth he was interested in. Leaving everything behind Australia, he sought the truth of life, at first alone in the Himalayas and then for ten years in London. He started teaching public meetings in 1982 and year by year more and more people discovered him. Barry Long was best known for his teachings on the love between man and woman. His radical and honest approach to love and sex as an essential part of the spiritual life is at once unsettling and inspiring. In 1984 he released his 'Making Love' tapes which were quickly copied and spread around the world, especially by followers of Osho (Rajneesh). Many couples from many countries travelled to Barry Long's seminars in Australia to hear him speak about love and sex. His reputation grew during the 1990s, especially because he was unusually frank about what it means to be a tantric master.