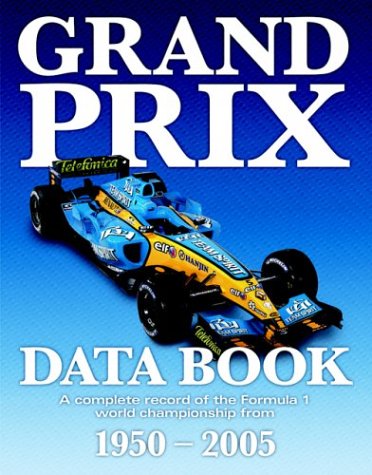 This long-standing reference work is rightly regarded as the 'Wisden' of Formula 1. The meticulously researched data contains everything the enthusiast needs to know about Formula One events and personalities, from the first World Championship Grand Prix at Silverstone in 1950, to the end of the 2005 Formula One season. Every driver, team, circuit and race is scrutinised in detail, providing an invaluable and accurate reference source. From the reason for Lance Macklin's retirement from the 1954 French Grand Prix to the full record of Michael Schumacher's career, every imaginable statistic is included.

David Hayhoe is a retired civil servant who loves Grand Prix racing, and specifically its statistics - he spends much of his time keeping his electronic database up-to-date. He lives near Uckfield in East Sussex.

Book Description Haynes Publishing, 2006. Condition: Good. A+ Customer service! Satisfaction Guaranteed! Book is in Used-Good condition. Pages and cover are clean and intact. Used items may not include supplementary materials such as CDs or access codes. May show signs of minor shelf wear and contain limited notes and highlighting. Seller Inventory # 184425223X-2-4

Book Description J H Haynes and Co Ltd, 2006. Hardcover. Condition: Used; Good. **SHIPPED FROM UK** We believe you will be completely satisfied with our quick and reliable service. All orders are dispatched as swiftly as possible! Buy with confidence!. Seller Inventory # 3535074