Items related to A Bit Off the Map

Wilson, Angus A Bit Off the Map

A Bit Off the Map 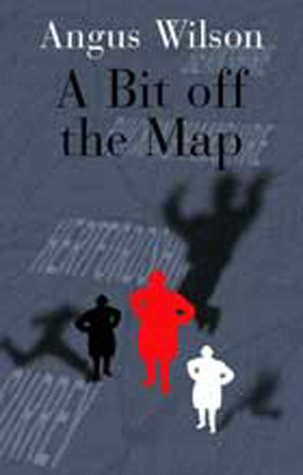 These short stories depict the post-1945 era of Angry Young Men and teddy boys. Wilson superbly captures the feel of the times with an unflinching eye on character and detail, and the subterranean secrets of the middle classes are devastatingly laid bare. The stories revolve wittily and poignantly around the efforts of the central characters, who, like many of us, feel 'a bit off the map', to find their bearings in life. AUTHBIO: Angus Wilson was one of Britain's most respected twentieth century novelists. His razor-sharp and savagely witty examinations of British manners, characters and social conflicts resonate with a wide readership. He was born in 1913 in Surrey, and went on to work for a variety of organisations including the intelligence services at Bletchley and the British Library before publishing his first book to great acclaim in 1949. He founded the world-famous Creative Writing MA at the University of East Anglia with Malcolm Bradbury in the late 1960s, and became Chair of the Arts Council's Literature Panel and a Fellow of the Royal Society of Literature. He was also one of Britain's first openly gay writers, tackling the subject in his writing well before the liberalisation laws of 1967. He was knighted for services to literature in 1980.

4. A Bit Off the Map [Paperback] Wilson, Angus