Items related to The Devil Rides Out (Wordsworth Mystery & Supernatural) 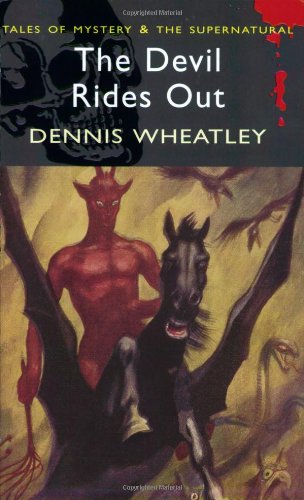 The Devil Rides Out is the most famous work of a master storyteller, a classic of weird fiction which has been described as 'the best thing of its kind since Dracula' a genuinely frightening tale of devil-worship and sorcery in modern Britain. A group of old friends discover that one of them has been lured into a coven of Satanists. They determine to rescue him - and a beautiful girl employed as a medium. The head of the coven proves to be no charlatan but an Adept of the Dark Arts, able to infiltrate dreams and conjure up fearsome entities. De Richleau fights back with his own knowledge of occultism and ancient lore. A duel ensues between White and Black Magic, Good and Evil used as weapons. Whenever, subsequentley, Dennis Wheatley was asked what he really believed about the supernatural, he would just reply 'Don't meddle!' Few readers will need that warning repeated.

The best thing of its kind since Dracula

1. The Devil Rides Out Dennis Wheatley