Items related to Tapping the Source 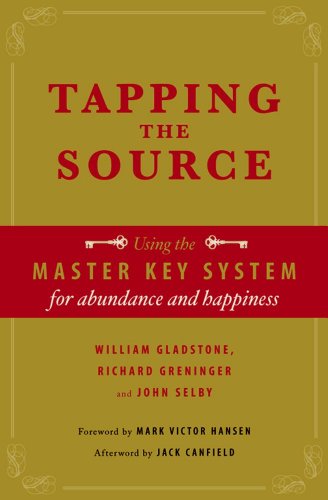 Charles F. Haanel created his personal development programme, known as the Master Key System, in 1912. It has been hugely influential, inspiring Napoleon Hill's Think and Grow Rich (1937), the first self-help book, and more recently (2006) the international bestseller The Secret. Millions of people worldwide now realise that success in life comes from more than just chance, fate, good connections, or even hard work. Rumour has it that while he was attending Harvard, Bill Gates discovered Charles F. Haanel's book, which prompted him to drop out of university and pursue his dream of 'a computer on every desk and in every home'. Thanks to books like The Secret, the 'law of attraction' has become well known, as a way to help us to shed negative attitudes and habits and fulfil our potential. Now here at last is the crucial next step: a book that places such ideas in the context of a practical daily process for attaining your goals. Haanel believed in positive action and hard work, but he also believed in the ability of every one of us to tap into the divine source of knowledge and wisdom that permeates the universe. Tapping the Source combines the timeless wisdom of Haanel with the benefits of a century of ground-breaking developments in the use of meditation, psychology and focused concentration to reach alpha states for peak performance. Tapping the Source teaches methods that enable you to manifest your dreams, becoming wholly connected with others and finding the means within yourself to live your life to its fullest. If life had an instruction manual with step-by-step instructions on how to achieve success and happiness, Tapping the Source would be that book.

William Gladstone is an author and literary agent who has worked with many influential authors, including Eckhart Tolle and Deepak Chopra. Richard Greninger is a producer who has worked on seminar programs for motivational leaders including Mark Victor Hansen, John Assaraf and Debbie Allen. John Selby is the author of more than two dozen books published in 14 languages with over half a million books in print.