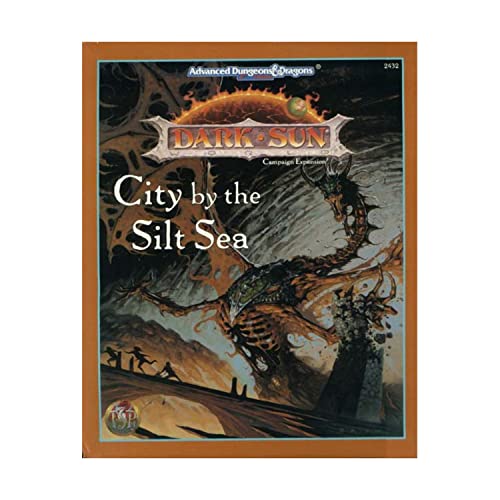 Something awakens beneath the ruins of ancient Giustenal, the City by the Silt Sea. Many have tried to discover the secrets of this forsaken place, to plunder its legendary treasures. Few have returned from its shadowy embrace. Did they run afoul of savage raiders in the desert wastes? Did they lose their way in a sudden sandstorm only to sink hopelessly into the blowing, shifting silt? Perhaps they heard the psionic voice of the Caller in Darkness and succumbed to its mesmerizing summons? Or did they meet the true master of the ruins, a being as old as the Dragon-and just as terrifying? The burning world has reached a critical stage. For Athas, it could mean the start of a time of renewal, or it could herald the end of the world! It all begins in the ruins of Giustenal, in a place from another age, in the corpse of a shattered, long-dead city. Something stirs in the City by the Silt Sea. Something evil? City by the Silt Sea features: A 96-page campaign expansion book full of details on the area around Giustenal, the ruins, the strange beings who inhabit its darkest recesses, and the history of Dregoth, the undead sorcerer-king-revealed for the first time. A 64-page adventure book designed to introduce player characters to this fascinating, dangerous locale. A 32-page Monstrous Compendium appendix featuring all-new monsters and villains unique to the ruins of Guistenal. Six reference cards detailing important information about the City by the Silt Sea. A full-color, double-sided poster map of the area; the ruins, and the many underground locations waiting to be explored.