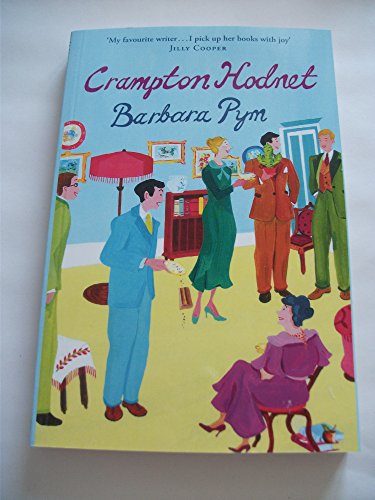 Formidable Miss Doggett fills her life by giving tea parties to young academics and acting as watchdog of the morals of North Oxford. Anthea, her great-niece, is in love with a dashing upper-class undergraduate with political ambitions. Of this, Miss Doggett thoroughly approves. Anthea's father, however, an Oxford don, is tired of his marriage and carrying on in the most unseemly fashion with his student Barbara Bird - they have been spotted together at the British Museum! Miss Doggett isn't aware, though, that under her very own roof the lodging curate has proposed to her paid companion Miss Morrow. She wouldn't approve of that at all.

An entertainment that is funny, poignant, observant and truthful (Louis de Bernieres)

The rare charm of Crampton Hodnet is in the glimpse it offers of Pym's imagination as it pauses for a moment in perfect understanding of a character. That sympathy stretches beyond the horizon of comedy (Time)

Book Description Paperback. Condition: Very Good. The book has been read, but is in excellent condition. Pages are intact and not marred by notes or highlighting. The spine remains undamaged. Seller Inventory # GOR006089289