The Man on the Balcony (Martin Beck Police Mysteries) 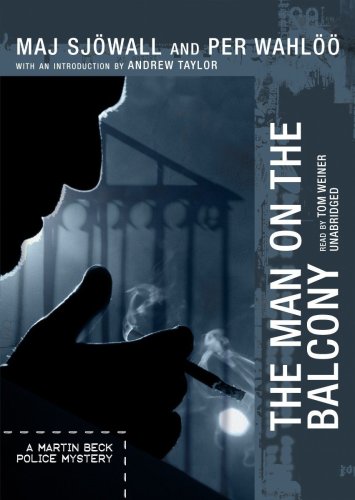 Swedish police superintendent Martin Beck conducts a thorough investigation of a series of brutal muggings and child sex murders that are targeting young girls in the quiet parks of Stockholm. Read by Tom Weiner. Book available.

‘A well-told, documentary-type tale of how the Stockholm police slog away...There is something of Ed McBain's “87th Precinct” novels about it, but with less of a factory finish.’ Spectator

‘They changed the genre. Whoever is writing crime fiction after these novels is inspired by them in one way or another.’ Henning Mankell

‘Pick up one book...and you become unhinged. You want to block out a week of your life, lie to your boss, and stay in bed, gorging on one after another.’ Observer

Maj Sjöwall and Per Wahlöö, her husband and coauthor, wrote ten Martin Beck mysteries. Mr Wahlöö, who died in 1975, was a reporter for several Swedish newspapers and magazines and wrote numerous radio and television plays, film scripts, short stories, and novels. Maj Sjöwall is also a poet.

1. The Man on the Balcony - A Martin Beck Police Mystery

2. The Man on the Balcony (A Martin Beck Police Mystery)