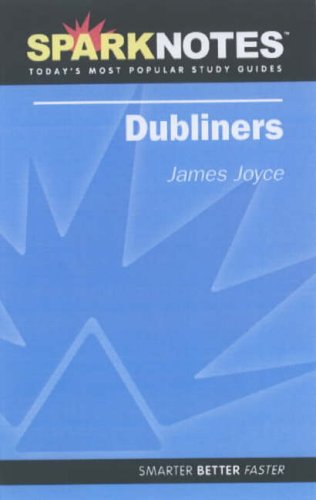 "A hundred years on . . . "Dubliners "has been absorbed into our literary landscape, but in the early part of the twentieth century it was the sort of book that hadn't been seen much before, certainly from an Irish writer, and much of it shocked the conventional literary world. . . . [Joyce] was taking the lived landscape of his childhood and transforming it into something universal. . . . The stories contain some of the most beautiful sentences ever written in English." --Colum McCann, from the Foreword

James Joyce (1882-1941) was an Irish poet and novelist, celebrated as one of the most important writers of the twentieth century. His works include "Ulysses," "Finnegans Wake," and "A Portrait of the Artist as a Young Man."
Colum McCann is the author of the National Book Award-winning novel "Let the Great World Spin" and, most recently, "TransAtlantic." Born in Dublin, Ireland, he now lives in New York City.
Terence Brown is an emeritus fellow of Trinity College Dublin.
Roman Muradov has done illustrations for an array of clients, including the "New Yorker," the "New York Times," "Vogue," NPR, and Dark Horse Comics. He lives in San Francisco.

Book Description SparkNotes. Paperback. Condition: GOOD. Spine creases, wear to binding and pages from reading. May contain limited notes, underlining or highlighting that does affect the text. Possible ex library copy, will have the markings and stickers associated from the library. Accessories such as CD, codes, toys, may not be included. Seller Inventory # 3142303149

Book Description Brand: SparkNotes, 2005. Paperback. Condition: GOOD. Has little wear to the cover and pages. Contains some markings such as highlighting and writing. Supplemental materials are not guaranteed with any used book purchases. Seller Inventory # 1411402499_abe_gd

Book Description SparkNotes, 2005. Condition: Good. A+ Customer service! Satisfaction Guaranteed! Book is in Used-Good condition. Pages and cover are clean and intact. Used items may not include supplementary materials such as CDs or access codes. May show signs of minor shelf wear and contain limited notes and highlighting. Seller Inventory # 1411402499-2-4

Book Description Brand: SparkNotes, 2005. Paperback. Condition: VERY GOOD. Pages are intact and are not marred by notes or highlighting, but may contain a neat previous owner name. The spine remains undamaged. Supplemental materials are not guaranteed with any used book purchases. Seller Inventory # 1411402499_abe_vg